Hello fellow TGC members. We are going to start an ongoing competition.

How It works.
It will run continuously.
There will be 2 kinds of entries:

And they must be from a current grow.

The longest leaf finger/blade should be measured from the tip of the leaf to the bottom of the leaf where all the finger/blades meet at the petiole. This does not include the stalk, It's the leaf blade that counts.

All members need to do is simply tell us how big it is, and enter an original picture showing the whole leaf and the longest and/or widest fan leaf finger/blade with a ruler/tape measure as proof.

At the end of the year we will award the holders of the longest and widest leaf finger/blade an exclusive Gold leaf forum award to keep.

And no photoshop other wise your pic will be disqualified.

So get them pics of the biggest leaves in

And can I win both with one leaf

Good about time someone opened your eyes

. Get your pics up Deeks lets see how big your fan leaf is, get it out man

And can I win both with one leaf

I just got up, I'll have to think about that one

I haven't got anything growing that is big enough at the mo, but I'll start it off with a fan leaf from 1 of my bonsai mums.

Not a problem Labs, we got time

Not a problem Labs, we got time

I defoliate but because Jimmy and Mds told me off 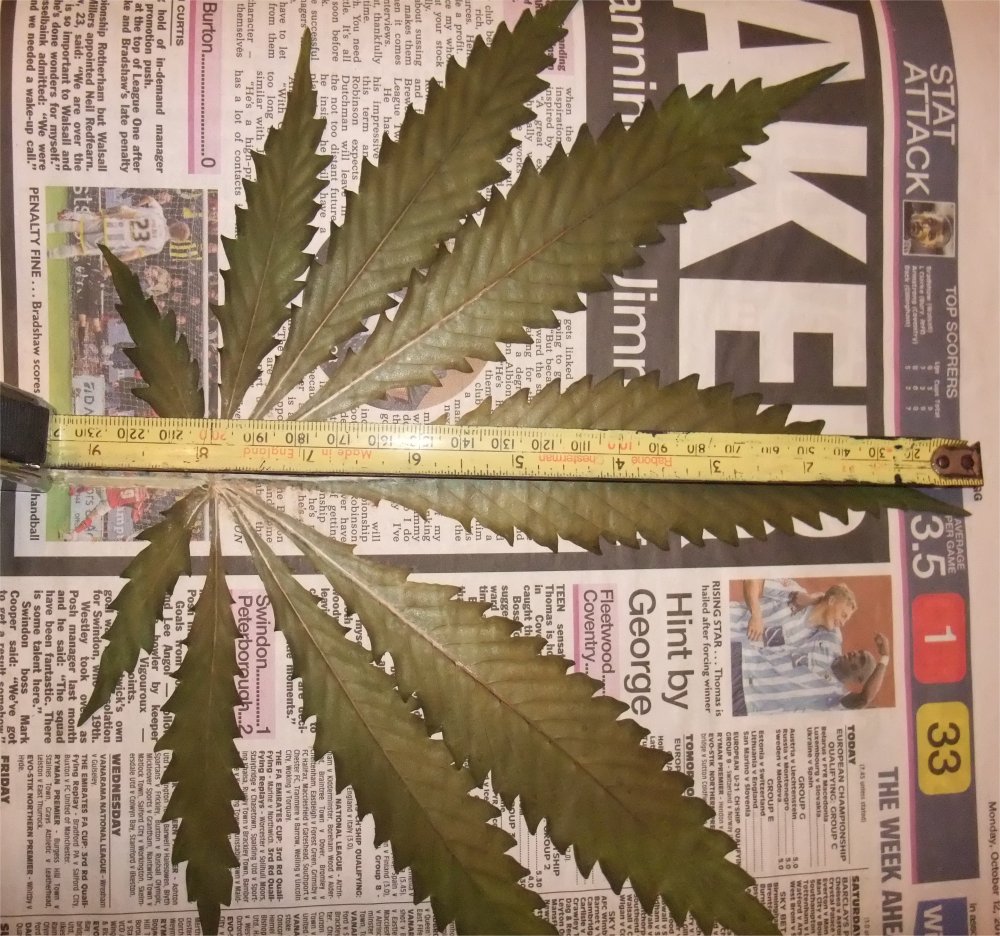 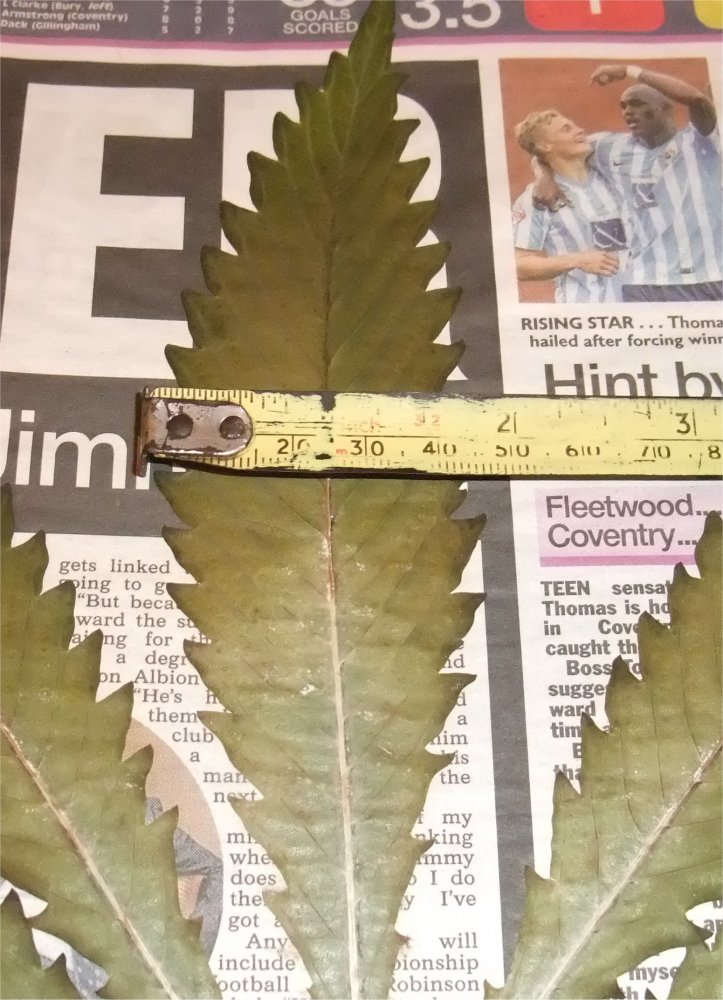 Think that upped the game a tad..

IPB Skin By Virt
Disclaimer: You must be over 18 years old to view/use this website. T-G-C.nl does not encourage growing cannabis or possessing cannabis, Learning how to grow cannabis is purely for educational purposes. All information on this website is strictly for: Historical reference, Scientific reference and educational purposes. Please check the laws in your own country as T-G-C.nl is in no way responsible for repercussions of accessing the website. All information is stored on a secure server in Amsterdam. We advise all visitors against breaking the law.